Ring Records
is about taking rock back to its roots. Aiming to emulate the great indie labels of the past that had such respected groups of artists - that music lovers would take a shot buying a record from anyone on the label that carried its logo - trusted by fans - steeped in credibility.
Matt Pinfield 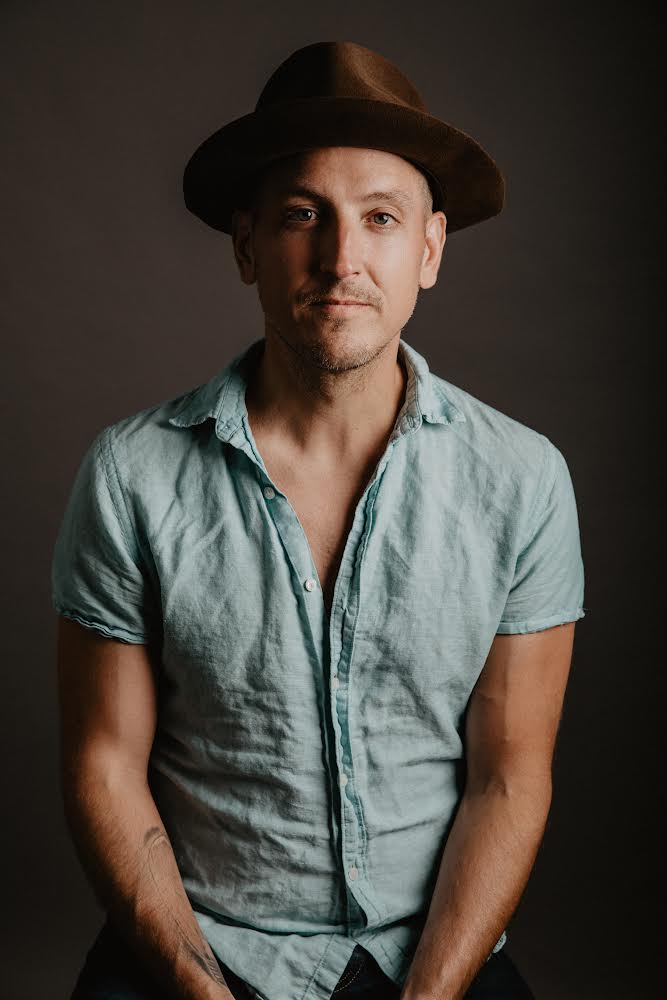 “Justice will have been served when Jeremy Lister is a household name.”
–Alison Krauss
“Jeremy Lister is a proper singer;  distinct and powerful…  He has a voice you can trust…  At the same time he’s technically gifted in the old school sense – the kind of rare singer these days who would never have to rely on technology, or even a second take.”

“Jeremy‘s music is a language that speaks to the soul through his superbly written songs that are heartfelt and unmistakably timeless.  When Jeremy Lister sings, it’s magic.”
– Chely Wright

Nashville’s Jeremy Lister started connecting with music while growing up in the middle of Mississippi. A son of a preacher, he began singing and learning harmonies in church at the age of two. Lister moved to Nashville in 2003, bringing his first EP, Shooting Star, with him. In 2005, he released his second EP, So Far, followed by the release of his Just One Day EP on Warner Bros. Records. That same year, he was invited to join the Ten Out of Tenn collective of singer/songwriters, which included then up-and-coming artists such as Andrew Belle, K.S. Rhoads, and Gabe Dixon.

In 2010, he joined a cappella group Street Corner Symphony for the second season of NBC’s “The Sing-Off.” The group became a fan favorite, eventually claiming the second-place title in the competition. Ben Folds invited them out on the road immediately following their success on the show, which launched their touring career. Street Corner Symphony performs dozens of headlining shows all over the world each year.

Lister released his first solo full-length album, The Bed You Made, in 2011, which featured a duet with Alison Krauss on the song You and I.  Ring Records is happy and proud to re-issue this album, for the first time ever on vinyl, due early 2023. 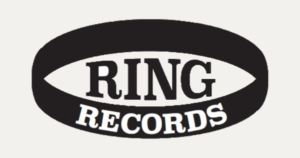 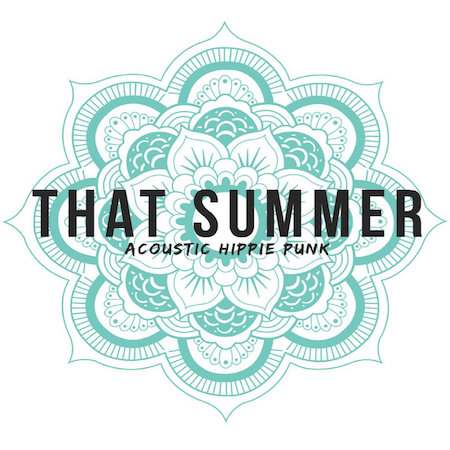 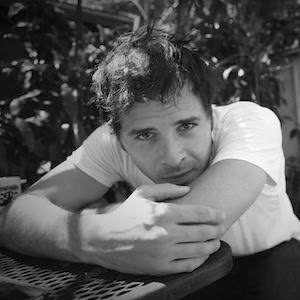 That Summer mixes elements of singer/songwriter and pop/rock musings with alternative and punk rock ethos. The band is fronted by songwriter/producer Charles Rocha, who presents an autobiographical collection of songs about loss, time, travel, and struggles with addiction and alcoholism. The band hopes to reach anyone who feels misunderstood, or like they just don’t fit in.

Rocha began touring at the age of 17 with some of his favorite bands including Bad Religion, NOFX, Lagwagon and Craig’s Brother. Born in Campinas, Sao Paulo, Brazil and raised in Pittsburgh, PA, Charles Rocha has lived and created music all over the world. After a brief spell in Nashville, Rocha moved to Florida to finish his Bachelor’s degree in English. At this time Rocha began recording his own songs from his bedroom. This evolved into That Summer.  The Hearth EP Vol. 1 was finished with Roger Lima (Less Than Jake, Rehasher) at The Moathouse Recording Studio in Gainesville, Florida in 2013.

Check out the new video for "Dangerous Backgrounds" here: 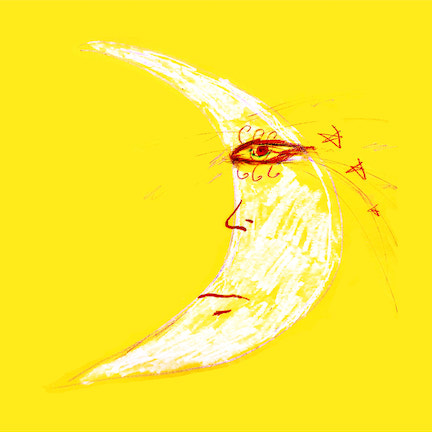 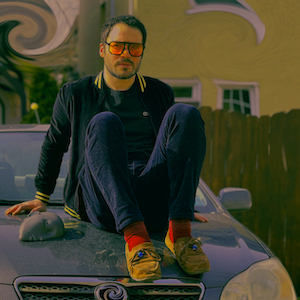 White spent over half a decade writing, recording, and meticulously refining the work from various home studios and workspaces in his hometown of Pittsburgh, PA. An outgrowth of his diverse influences, Mystic Seers sees White’s memorable songwriting weaving in and out of a wall of atmospheric psychedelia, with recurring elements of early ’70s progressive rock, ’60s symphonic pop, and hints of free jazz. Fans ears will be treated to the ambitious nature of the project, and attention to detail that is so evident throughout.

The debut album is a Double LP and was recorded & produced by Derek White and co-produced by Adam Fischman, and mastered by Brian Zieske of Off-Axis Mastering & Bob Weston (Nirvana, In Utero) @ Chicago Mastering Service.

Check out the new video for "Devil Woman" here: 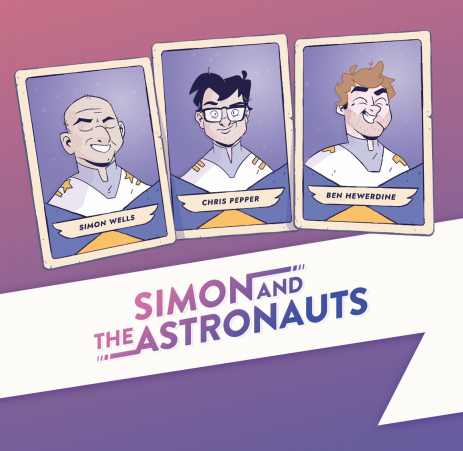 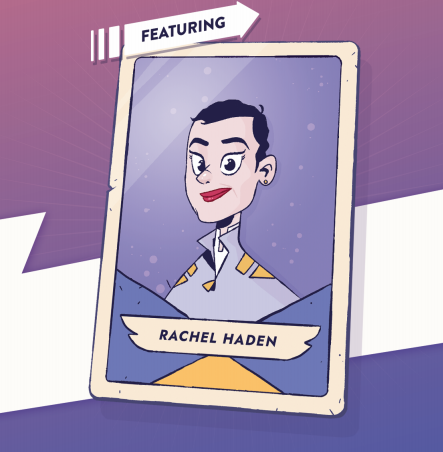 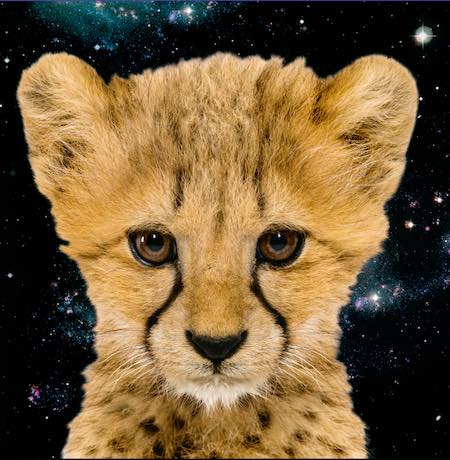 Simon and the Astronauts is the generational songwriting team of Simon Wells, Ben Hewerdine and Chris Pepper.  Original plans were to record the album in England after Rachel Haden played the Cambridge Folk Festival with The Haden Triplets. Those plans were scrapped when the world was struck with COVID-19.  The quartet quickly adapted, exchanging ideas and music between Chris Pepper’s Saltwell Studio in Cambridge, UK and Rachel’s hometown in Los Angeles, California.

“Parallel World” and “Oxygen” lyrically reflect Wells’ reaction to the current state of affairs and lead as strong singles to introduce Simon and The Astronauts to the world. Wells, Hewerdine and Pepper would incubate ideas, seeking new sonic landscapes for Rachel’s unique and universally adored voice to glide through. Simon and The Astronauts have seamlessly crafted an exciting collection of power-pop songs with elements of grunge and punk.  The tear-jerking piano ballad, which closes the album, “Lost in London”, will undoubtedly find a home in Film and TV placements, with its tribute to The Beatles, Sex Pistols and other UK rock and roll icons.  A fine homage to the heroes who paved the way for bands like Simon and The Astronauts to carry the torch of modern rock music.

What started as an experimental collaboration has become a full album release on Independent Los Angeles label Ring Records. Produced by Chris Pepper at Saltwell Studios, Simon and The Astronauts finds four exciting new voices coming together to create an extraordinary and out of this world listening experience. The quartet collectively states, “It’s the best thing we’ve ever done.“

Check out the new video for "I Have A Name" here:

Check out the new video for "Parallel World" here:

Check out the new video for "10 League Boots" here:

Check out the new video for "I Do" here: